When does the game take place?
LOTRO is set in the Third Age, during the War of the Ring. The game begins approximately after Frodo leaves the Shire with the One Ring. The launch product will essentially cover the time and many locations of the first book, The Fellowship of the Ring.
What about the Silmarillion?
At this time, our license does not include The Silmarillion.
Is the Lord of the Rings Online (LOTRO) based on the movies or the books?
Turbine owns the rights to produce massively-multiplayer online games based on the written works, The Lord of the Rings and The Hobbit. Codemasters owns the rights to distribute and operate the service in Europe.
What is Lord Of the Rings Online™: Shadows Of Angmar™ (LOTRO)?
The Lord Of the Rings Online™: Shadows Of Angmar™, is an MMORPG set in the most breathtaking world ever created; Middle-earth. Based on the books created by J.R.R. Tolkien, The Lord Of the Rings Online™ enables players of all ages to immerse themselves in one of the greatest stories ever told. Using what is referred to as an in-game avatar, or character; players can forge their own destiny in the world of the Middle-earth and play alongside other players from lots of different countries.
Where in Middle-earth will the game take place?
The initial launch of the game will cover the region of Eriador, including the Shire, Rivendell, Breeland, and other landmarks from The Lord of the Rings.
Why does LOTRO look different from the movies?
Both the recent The Lord of the Rings™ movies and The Lord of the Rings Online™: Shadows of Angmar™ are based on the trilogy by J.R.R Tolkien. However, the two projects are not related directly to each other and do not share art, music, or settings.

What is an MMORPG?
An MMORPG (massively multiplayer online role-playing game) is an online-only computer game that unites hundreds of thousands of players from many different countries in one, exciting game world to create a rich interactive community.
What do I need to play?
In order to play The Lord Of the Rings Online™ players must have the following computer specifications:

In addition to this, players must have a fully functioning Internet connection, (separate fees may apply)

How is an MMORPG different to other online games?
Typically, online games are the alternative option (or addition) single player games. MMORPG games enable players to enjoy the game experience with hundreds of thousands of other players all together within the game world. That means that you can chat, trade items, group together, fight against each other (known as player v’s player combat), or unite your forces to try and defeat evil monsters and socialize with thousands of new friends in virtual bars and taverns and a host of other cool features.

Not only that, but most MMORPGs are “persistent worlds” which means that the game world remembers who you are and what you’ve done before so that when you log in the next day, week or even year- you can carry on from where you left off!

That is the difference between other games with online capability and an MMORPG, which is designed specifically for online play- and that, is what makes LOTRO so great! You can share your exciting adventures through Eriador with all of your friends, following the fellowship on their important quest.

How do I install the game?
Once you have downloaded the client and extracted the contents onto your hard drive, simply double click the ‘setup.exe’ file to begin installation and follow the on-screen instructions.
Do I need a credit card to play?
In order to take part in the LOTRO free trial, users DO NOT need a credit card. However, after your trial has expired and you have purchased a full retail or digital version of the game; in order to continue your subscription you can either pay by credit card, bank transfer, game card or a host of other payment methods.
What is a game card?
A game card is a card with a special key on it that you may purchase online or at a retail store, that grants you 60 days’ worth of game time to LOTRO. As you can pay for these game cards by cash, they are ideal for anyone who doesn’t have access to a credit card or is not comfortable making payments using their bank details.

I don’t really play PC Games; is LOTRO available on the Xbox 360 or Playstation3?
Right now, LOTRO is only available on PC-DVD.
How do I create a Codemasters Online account?
To create your subscriptions to LOTRO, sign up for a free player account at the Codemasters Online account page www.codemasters.com/cog
How do I download the game?
Users can download the LOTRO client from one of the locations listed on our downloads page. Please note that you will not be able to download the client though Gamershell or Fileplanet by using Internet Explorer due to file size limitations within the browser, please try and alternative; such as Mozilla Firefox or Opera.
I’m a new player, which server do you recommend I start on?
That will depend on your play style and language preference. For a list of suggested servers please visit our recommended servers page. 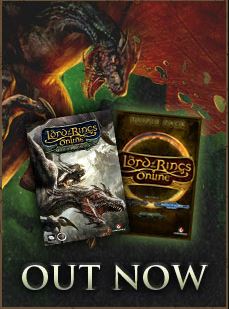 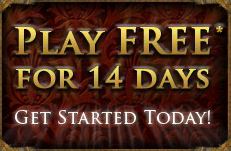